A recent survey has discovered that people who sleep on the left side of the bed (if you are standing at the foot of the bed) are more likely to be cheerful than their partner who sleeps on the right side. Many people will consider their side of the bed an important part of their sleep routine. Even if it is simply psychological, being forced to change sides could give people considerable problems when getting to sleep.

The study of over 3000 people, commissioned by hotel chain Premier Inn, found that two-thirds of people who sleep on the left side of the bed believe themselves to be calmer and more confident than their sleeping partner. 25 percent of ‘lefties’, as they have been dubbed, feel they have a positive outlook on life in general, whereas only 18 percent of their right-sided counterparts feel the same. 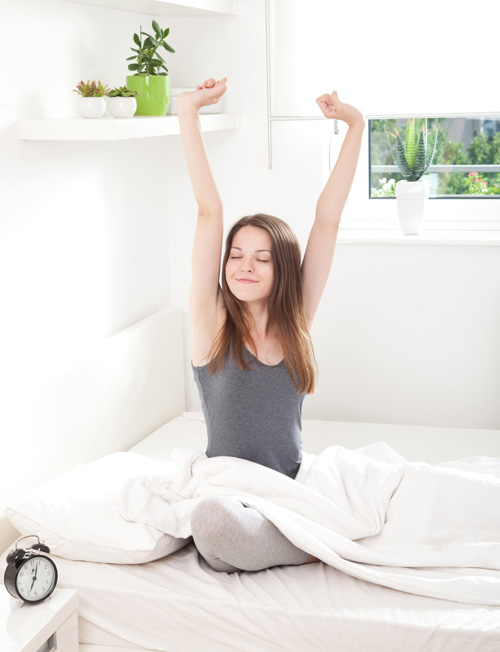 A spokesperson for Premier Inn said the findings showed a lot about people’s attitudes to the importance of a side of the bed, and went on to say: “The research clearly indicates a pattern between which side of the bed you sleep on and the mood you wake up in. Left sleepers are more cheerful, appear to enjoy life slightly more and have a more positive attitude to the day ahead than right sleepers. It comes down to habit and what you're used to. If you are used to sleeping on a certain side of the bed, it does feel a little alien when you switch.”

While the true significance behind the side of the bed you sleep on and your overall happiness is debatable, it will still make interesting reading for couples who share a bed. Comparing their own experiences to the findings on the study could help give a better picture of how the different sides of the bed truly differ.

We love the quirkiness of this study, but one fact isn’t in doubt – your sleep quality can directly affect your mood the following day. If your energy levels aren’t sufficiently rejuvenated by a good night’s sleep you’ll find the next day a struggle, as your body and mind will be monopolising what little energy you have to perform basic functions. This means that things like sociability and decision-making take a back seat, which in turn can create an irritable bad mood. The Ergoflex memory foam mattress is carefully engineered to deliver a pressure-relieving surface that moulds to the exact shape of your body. In practice, this creates an optimum sleeping environment where you’ll find a comfy position quickly and sleep throughout the night suitably supported from head to toe. So, fewer (if any at all) night-time awakenings due to a part of the body not being supported, and more chance of a full night’s sleep that’ll have you waking up feeling fresh and ready to face the day – whichever side of the bed you lie on!