Noise at Night - How to deal with nocturnal noise pollution

Loud neighbours, a car alarm, a dripping tap, even wildlife - depending on where you live there are lots of ways that unwanted noise at night can impact on your sleep, and once a sound does manage to wake you up you’ve got a whole set of new problems. Drifting back off to sleep, fighting stressful thoughts that will get your mind racing, and generally resisting the temptation to get out of bed and hunt down whoever or whatever made the noise in the first place being just some of the issues that an unexpected awakening can cause.

The body is extremely sensitive to certain environmental features in the lead-up to sleep and during sleep itself, most notably light, temperature and noise. In most cases it’s a relatively straight-forward job to control light levels and the temperature within the bedroom, but noise can often be a trickier proposition. Any loud disturbances that take place after-hours can be considered to be ‘noise pollution’, and if you’re suffering this it’ll be bad news for your sleep quality. When your sleep is frequently disrupted you become susceptible to the effects of sleep deprivation, and whether that’s manifest in simple irritability in the morning or a serious long-term health problem, it’s not something you want to experience.

So, how do you deal with noise pollution when you’re trying to sleep?

Cutting it off at the source 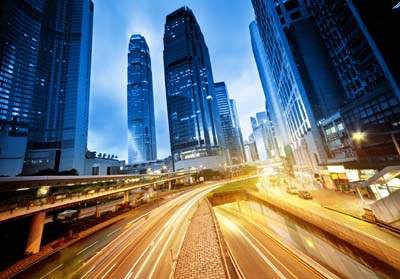 Some of the most common forms of noise pollution are easily preventable, and taking steps to cut them off at the source can often be far less trouble than suffering from sleep deprivation. Noisy neighbours, for instance, might not be aware that they’re disturbing anyone, and a polite request might be enough to regain some peace and quiet. If you’re not in a position to directly ask the neighbours to quieten down, and it’s a particularly unreasonable level of noise – for instance playing loud music in the early hours of the morning – then you’re within your rights to make a complaint to the local authority.

Most local authorities have their own way of dealing with noise pollution, but commonly available approaches include emergency numbers and a dedicated team of staff who will be able to address the issue on your behalf. In chronic cases, where you’re subjected to unreasonable after-hours noise on a regular basis, you may be given a sound recorder which determines the volume of the noise. If the volume exceeds a certain level the neighbour can legally ordered to cease the noise.

Sometimes the source of the noise might be a little closer to home… in the same bed in fact, with a snoring partner. This is an issue that is often referenced comically, but there is nothing funny about a partner snoring when it’s keeping you awake at night. In addition to this, snoring may be a symptom of a number of potentially serious health conditions, including the disorder obstructive sleep apnoea. Anyone who regularly snores should seek medical treatment, and in the short-term there are various over-the-counter remedies available, from nasal dilators to herbal spray, some of which may offer relief.

However, if none of these approaches are possible and you’re in a situation where you aren’t able to stop the noise at source you’ll need to take a more active approach in limiting how much of the sound actually gets to you, and that requires investing in one or two accessories.

The quickest and perhaps the most effective solution is a set of cheap-and-cheerful ear plugs. Little pieces of foam that can mould to the shape your inner ear, these can block out a surprising level of noise and sometimes become the difference between a restless night of wakefulness and a blissful slumber. If you’re susceptible to occasional noise pollution at night then it’s a good idea to have a couple of ear plugs close to hand.

If you’re a static sleeper, as in one that doesn’t tend to move around very much throughout the night, then bear in mind that your ear plugs may well be firmly in your ears until the morning. Be sure to set any alarm at a volume that you’ll hear, or you could well be cursing the efficacy of the ear plugs when you’re running late. 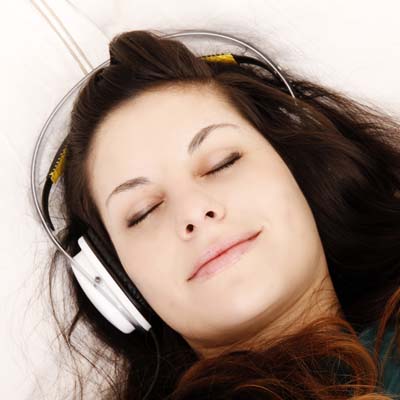 Passive noise-cancelling headphones employ high density foam in their construction to limit the amount of environmental noise that a user can hear, by absorbing sound waves. This approach is effective only to a certain degree, and should really only be considered if you’re actually listening to music that you don’t want to be affected by outside noise.

Active noise-cancelling headphones are a different proposition altogether, and employ what may be a surprisingly-complex solution to the problem. As well as using the same types of high density foam as passive versions, active noise-cancelling headphones also contain a microphone and a specially-developed speaker (or set of speakers) within each ear cup. The microphone detects any external noise that won’t be passively absorbed, and the speakers emit an actively-produced sound wave that mimics the frequency and amplitude of the unwanted noise, effectively ‘cancelling’ it out to the listener. This effect can be activated while listening to music, or, more likely if you’re aiming for some quiet, while they’re unplugged.

One downside of this hi-tech approach is the price, with certain premium brands charging around £300 for their noise-cancelling headphones. However, the technology has been around for a few years now and there are an increasing number of more affordable options out there. Make sure you shop around and check out customer reviews before making a purchase.

While active noise-cancelling headphones have the ability to drown out unwanted sounds, they’re not for everyone. Some users may feel a ‘pressure’ within the ear, which can be uncomfortable and prevent relaxation. However, if you’re not one of the people who experience this feeling, and you’re happy to make a relatively expensive investment, then active noise-cancelling headphones may be the answer to your noise pollution problems.

Although the essence of this article has been about achieving a utopian soundless environment, it’s important to remember that not all noise is bad for sleep and some sounds can actually bring on a more relaxing state than pure silence. We’re not talking about Wayne Rooney’s claim that he needs the ambient noise of a vacuum cleaner to get to sleep, but some rather more sedate sounds. 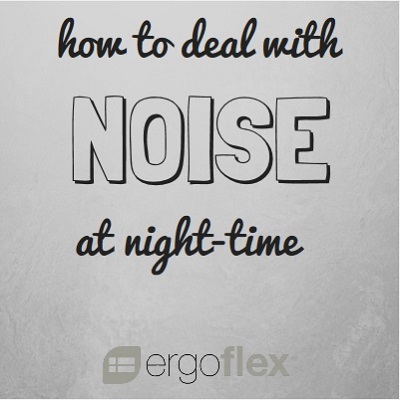 There are thousands of relaxing sound apps and CDs available, recreating the noises of everything from the depths of a rainforest to a cloud-swept mountainside temple (honestly), and most apps allow for detailed timing so you can drift off to sleep without worrying about turning your device off. If nature sounds aren’t your thing then it could be just as effective to play music. The choices here are endless and of course dependent on your own personal tastes, but if you’re after some inspiration to get started take a look at our article on relaxing songs for sleep.

For a more long-term solution there are a number of ‘white noise generator’ machines that produce a variation of sounds designed to drown out any external noise pollution. These machines create constant sound atmospheres that are easily ignored after a moment or two, allowing you to sleep in peace. If you live in an apartment, city or any other environment where nightly noise is frequent occurrence then a white noise generator could be a good investment for your sleep quality.

Ultimately, noise has just as much potential to keep you awake as bright light and an uncomfortable temperature, so it should be considered just as carefully as these two elements. Just as you wouldn’t attempt to go to sleep with a main light on or with a seasonally-inappropriate duvet on the bed, you shouldn’t allow unwanted noise to be part of your night.

By factoring in noise prevention, or cutting it off at the source, you’re taking steps to maintain the effectiveness of your bedroom as a sleep environment, and you’ll be rewarded with uninterrupted, rejuvenating sleep.