How to Keep a Sleepwalker Safe

Sleep walking is a condition that can affect anyone but is most common in young children and they tend to grow out of the problem when they reach adolescence. Sleepwalking episodes can vary in severity; some people may just walk around their bedroom whereas in more serious cases people have been known to wander about outside and even attempt to drive their cars.

There are many reasons why sleepwalking occurs, factors such as sleep deprivation, stress, drinking alcohol and having a fever can all cause sleepwalking. Somewhat surprisingly, the condition can run in a family and a person is more likely to sleepwalk if a close relative is a sleepwalker.

One third of people experience sleepwalking at some point in their lives.

A recent study has found that some 29.2 percent of people have reported some form of sleepwalking since childhood, with one in 25 people still being prone to a night time wander in their adult life.

The study conducted by the Stanford University School of Medicine surveyed 20,000 members of the public in 15 US states, and found that sleepwalking is far more prevalent in adults than previously thought and that there may be a link between nocturnal disruption and certain psychiatric disorders such as depression and anxiety. The study revealed that people who suffered from depression were 3.5 times more likely to sleepwalk than people who didn’t have the condition and people with an alcohol addiction or those who had an obsessive-compulsive disorder were also significantly more likely to have sleepwalking episodes.

Sleepwalking has recently hit the headlines with a gentleman in the USA accidently shooting himself in the leg whilst sleepwalking, thankfully the shooting was not life threatening but examples such as this one show how serious sleepwalking can be. 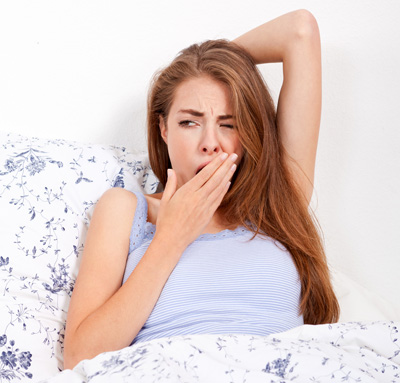 If you’re a sleepwalker or you know someone who is you may worry about safety as sleepwalkers are often unaware of their surroundings, if this is the case take a look at the following tips on creating a safe environment for a sleepwalker:

Lock windows and doors. It may sound a bit drastic but sleepwalkers have been known to have a wander outside occasionally. Ensure windows and doors are locked before bed to avoid any accidents.

Remove obstacles. It’s also a good idea to remove any potential hazards from the bedroom such as toys or clothes to avoid any trips or falls. Sharp objects should also be removed.

Install safety gates. If a person is constantly injuring themselves while sleepwalking, investing in safety gates may not be a bad idea. Install them in the sleepwalker’s bedroom or perhaps at the top of the stairs to prevent any nasty injuries.

Avoid bunk beds. Don’t let a child who is prone to sleepwalking sleep on the top bunk; they may forget they’re sleeping on top and attempt to walk straight out of bed risking injury.

Sleep on the ground floor. If the sleepwalker is prone to going downstairs, it may be a good idea to sleep downstairs to avoid risking falling down.

Seek medical advice. You should visit a doctor if the episodes are very regular, cause the sleepwalker to be tired the following day or involve dangerous behaviours.