Bruxism - the involuntary sleeping habit which can damage your teeth

From time to time many people will grind their teeth or clench their jaw, medically known as bruxism. This should not cause any harm but more frequent grinding and clenching can cause damage to the teeth and can lead to other oral health complications.

Bruxism affects around 8% to 10% of the UK population mainly affecting adults between the ages of 25 and 44 although it can affect children too. 80% of sufferers, also know as bruxists, grind their teeth during sleep, which can leave a number of cases undiagnosed meaning that the chances of developing a more serious oral health condition in the future is high.

According to The Bruxism Association, bruxism is the third most common sleeping disorder followed after insomnia and snoring, with most of the episodes occurring in stages 1 and 2 of the sleep cycle (approximately 30% and 56%).

Bruxism rarely occurs on its own meaning it is a likely side effect of another sleep disorder or problem and can also be caused by a certain lifestyle. Some studies have shown bruxism is closely associated with psychological problems and that nearly 70% of cases in the UK are caused by stress and anxiety. Your lifestyle can play an important role in determining bruxism; factors such as smoking, drugs, excessive alcohol and caffeine (six or more cups a day) can all contribute to this disorder. The use of certain medications such as anti-depressants can spur on bruxism, which is seen as a side effect to these medications. According to the NHS, bruxism is linked to a type of antidepressant known as selective serotonin reuptake inhibitor (SSRI) with examples of this antidepressant being setraline, fluoxetine and paroxetine.

As noted above bruxism can be part of other sleep problems and disorders such as:

There are number of symptoms relating to bruxism; the most common symptom that sufferers mention are headaches and it is estimated that bruxists are three times more likely to suffer from a headache than a non-bruxist. Facial muscle pain, also know as facial myalgia, is another common symptom. This is usually a short term symptom and should disappear when you stop grinding your teeth.

Sleep disruption between yourself and your partner can be a major issue and could affect your relationship. Teeth grinding sounds like a constant tapping and if the case is more severe, a very hair-raising screech. In more frequent and severe cases you may wake up with a painful and stiff lower jaw, this is also known as temporomandibular joints (TMJ) which can lead to earaches and headaches.

Symptoms which can affect the mouth in more serious cases are worn down teeth which may result in the teeth being taking out, loose or sensitive teeth, difficulty opening the mouth, inflammation of the gum and possibly receding gums.

Most people will experience bruxism now and again but will take no further action in receiving treatment as they don’t need it. However for the more severe cases there a few routes of treatment which can be taking.

First and foremost you should see your local doctor/dentist who can assess your symptoms to see if you are suffering from bruxism; if you are you many need to wear a mouth guard, splint or MADs (Mandibular advancement devices). Both the mouth guard and splint create a barrier between your top set of teeth and your bottom; the mouth guard is usually made up of a flexible rubber or plastic which can be moulded to fit your mouth which is custom made by your dentist; you can buy a standard mouth guard from your local chemist however it wont fit as well as the custom made guard. A mouth splint is slightly more expensive than a mouth guard as it is made from a harder plastic and fits perfectly over your upper and lower teeth. Although both the mouth guard and splint may ease muscle activity in the jaw at night, they are only controlling and not curing the condition. 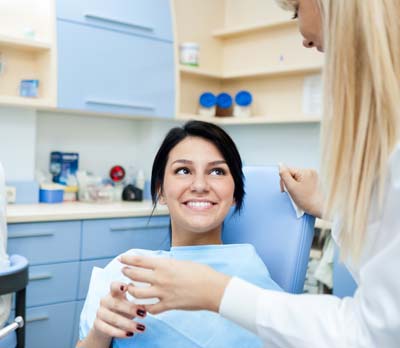 Research has shown that MADs can be effective for treating bruxism; they are usually used to help treat other sleep problems such as sleep apnoea and snoring. This device is made up of two mouth guards (one for your bottom set of teeth and the other for the top) and they are welded together. It is worn while you are asleep and it keeps your bottom jaw forward and closed. Although these devices can be a lot more painful than mouth guards and splints, they have been shown to greatly reduce the bruxism activity while sleeping.

Simple lifestyle changes can help prevent and treat bruxism. Try and reduce stress levels before bedtime; take a warm bath, listen to some soothing music or participate in some yoga to help clear your mind of any worrying thoughts. Avoid caffeine and energy drinks in the evening as these are one of the causes of bruxism, instead opt for a cup of hot water with lemon or a cup of chamomile tea. Speak to your partner and ask them if they notice you making any grinding noises in the evening and if so how often; from this you can let your dentist know when you visit go and visit for a check-up. Visit your dentist regularly and make sure you attend every check-up; it can be easy to skip appointments when you think your teeth are fine but your gums and jaw also play an important part in identifying bruxism. Psychological treatment such as cognitive behavioural therapy can help sufferers whose bruxism is related to stress and anxiety as it aims to make you think about how you feel towards other people, yourself and how your actions can affect your feelings and thoughts; which in time will reduce your stress and anxiety levels.

Certain medications such as ibuprofen will not cure the problem but it will help reduce some of the symptoms such as inflamed gums.