When you think about sport, sleep isn’t exactly the first thing to come to mind. However, leading athletes are increasingly highlighting the role that sleep plays in their top-level performance, with deep, quality sleep now acknowledged as an absolute must for their training and recovery processes. 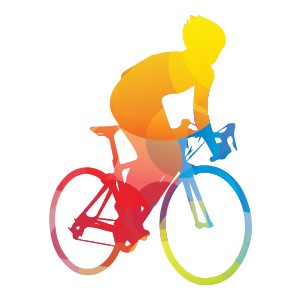 What has sleep got to do with sport?

Besides the obvious fact that it provides much-needed rest and recuperation after the energy-depleting exertions of sport, sleep’s importance for sportspeople can best illustrated when considering the body’s natural production of HGH (human growth hormone), a key part of how the body reacts and responds to physical exertion.

HGH has many functions, but calcium retention (bone strengthening), increasing muscle mass and repairing muscle stress are among the particular processes that directly benefit those involved in sports.

The body produces around 80% of HGH during sustained sleep, meaning that if you’re not sleeping well you’re not allowing your body to deliver the right levels of the hormone and therefore not getting the best possible recovery. Experiencing a couple of nights of poor sleep during a training or event period and could risk actively harming your body.

The memory foam mattress and sport

Since sleep is a vital part of an active life, it effectively makes the mattress just as important as any other piece of sporting equipment. However it’s not just about sleep, it’s about how your mattress performs while you’re sleeping. A good quality mattress will not only promote the deep sleep needed for full recovery, but it will also provide sufficient support for the areas of the body that need it most. 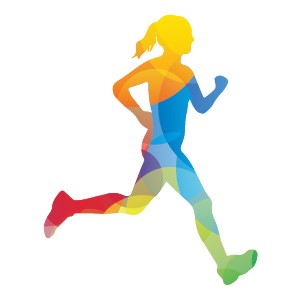 Premium memory foam mattresses offer a pressure-relieving experience, taking the feeling of pressure from areas that typically require the most support from the mattress surface - such as the hips, lower back and upper back – while providing a consistent support for the rest of the body. Ergoflex’s temperature-sensitive properties shape the HD visco-elastic memory foam layer, through body heat, around your body’s specific contours. This results in a ‘cradled’ sensation where every part of your body is supported equally, meaning that it’s not only easier to find a blissfully comfortable sleeping position but you won’t be awoken by aches and pains due to the mattress neglecting a certain area of your body. This is particularly important for sportspeople, considering the stresses and strains that different parts of the body experience during sport – a night where one of these areas isn’t supported could worsen any potential problems and delay recovery.

Taking a closer look at how the body responds to different sports is a good way to highlight how important it is for people with active lifestyles to have a mattress that delivers full body support throughout the night. Different sports put different demands on the body, pressurising certain areas more than others and risking particular injuries. Here are most common injuries from some of our most popular sports – all of which would benefit from the supportive recuperation provided by a memory foam mattress. 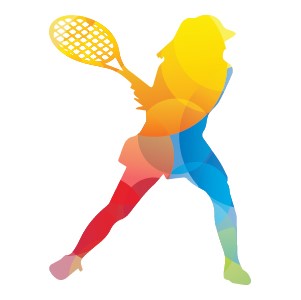 The infamous ‘tennis elbow’ is perhaps the injury most people associate with tennis, but according to PhysioRoom.com the most commonly-suffered injury is actually sprained ankles, thanks to rapid positional changes and jarring foot placements. As you’d expect the upper body does come in for punishment too, with shoulder pain appearing as the second most common tennis player complaint. Take a look at some other common tennis injuries, along with advice on how to avoid and treat them.

Sprained ankles also top the list of most common injuries in football, again thanks to the almost constant varied movement required during play. Adding in high-speed contact with opponents, the force experienced when actually kicking a football and the risks of ‘planting’ a foot in the ground with studded boots and it’s not hard to see why ankles injuries appeared so prominently in FIFA’s 15 year-long F-MARC research programme.

Cycling can be a particularly punishing sport, even when the racing goes to plan and you safely stay on two wheels. Sustained periods in certain riding positions can put excessive strain on the lower back, making lumbar problems common in cyclists. The same positional demands of road racing can also cause neck ache. The repetitive motion of cycling means that various leg injuries can be common, from Achilles tendonitis (above the heel) to Patellar tendonitis (under the knee). 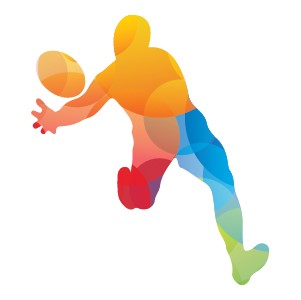 When a University of Canterbury study investigated local rugby players’ ‘body stress’ levels after games, the results indicated that the player’s injuries had a similarities with people who had experienced ‘serious trauma’ such as car crashes. So it’s perhaps not surprising to find that concussion is the most common injury in the sport. However, the next four injuries on rugby’s most frequently-suffered list are all specific to the legs, thanks to game’s high-speed pace. Hamstring pulls/tears, thigh haematoma (severe bruising), calf strains and medial ligament damage all feature in the top five.

When an injury is named after a sport, even colloquially, you know it’s going to a common occurrence for those brave enough to participate. ‘Runner’s Knee’ is the informal name for Patellofemoral pain syndrome (PFPS), and RunnersWorld.com says it may account for around 40% of the injuries suffered by runners. The feet also experience a good deal of stress when running, absorbing huge amounts of force each time they connect with the ground. Some 15% of runner’s injuries are related to Plantar Fasciitis, stresses on the tendons and ligaments in the feet.