Our newest Ergoflex® sports ambassador is Wasps’ and England's Jack Willis, a fast-rising star in the game.

Jack has been tipped for greatness by the likes of Lawrence Dallaglio and James Haskell, and his eye-catching performances at club level have already led to an England call-up. Unfortunately, Jack suffered a serious knee injury (anterior cruciate ligament) in May of this year, ruling him out of the summer tour of South Africa and forcing a significant rehabilitation period. However, following successful surgery Jack is looking ahead to the future and building on the hugely impressive start to his career.

We’re proud to welcome Jack to the Ergoflex® team, and can’t wait to see him back on the field.

We chatted to Jack about rugby, his recovery process and how sleep fits into his intensive schedule.

Ergoflex: When did you turn pro?

JW: I started professional rugby when I turned 18 after finishing at Henley College.

Why rugby? Is it something you’ve always had a flair for, or is it something that you’ve had to work particularly hard to get into?

I’ve enjoyed rugby from a young age and always watched my Dad play for Abbey first team, he played for them well into his 40’s whilst Tom (Jack’s brother – also at Wasps) and I were playing in the minis and junior set up. I was naturally better at rugby than I was at football or other sports at the same age but to make it into any professional sport it requires a huge amount of hard work.

What’s the best piece of advice that you got during your early years?

The biggest bit of advice I would give is to keep enjoying your rugby and even the training, although you need to be focused and put in the hard work you can’t take yourself too seriously as you end up falling out of love with the game. It then becomes harder to motivate yourself to train, for that reason I’ve always tried to train and play with a smile on my face. 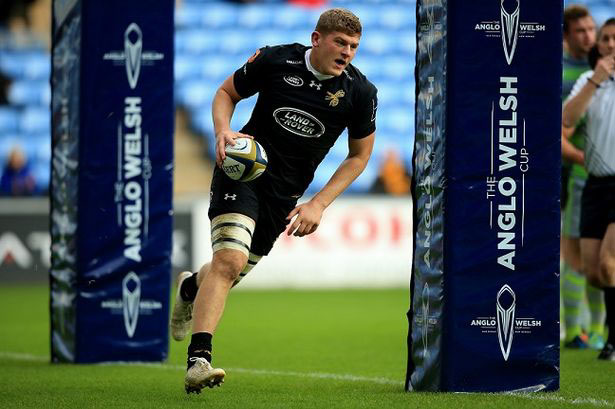 Would you say that sports science – nutrition, fitness, rest/recovery - has changed in your time as a professional?

I don’t think things have changed massively during my time so far in rugby, saying that it was a massive shock in my first year when I discovered how crucial my nutrition and my recovery protocols would be just so I could cope with the increased physical demands of training.

How does Rugby in particular take a toll on your body?

I think aside from the fatigue from all the running that’s done in games and training it’s the collisions that leave you feeling most sore. After a big game you wake up feeling stiff, sore and just don’t want to move around at all for at least 2 days post game. The intensity of the collisions are increasing each year which leads to more and more injuries, that’s when the recovery side of things becomes so important.

I can never eat straight after a game so I just try to get a protein shake in and some form of electrolyte to prevent me becoming dehydrated. I will then have a nice big meal in the evening and eat as much as I like, just to refuel my body. Then I get myself to sleep nice and early and sleep for at least 9 hours. The following day I will always try and get down to the pool to have a good stretch and loosen off before I use the sauna and steam room to relax.

How would you rate the importance of sleep?

For me sleep is the most important part of recovery, I have always had the boys laughing at how early I go to bed, I’m asleep before ten most evenings.

Have you always been aware of sleep’s role in fitness, or is it something that’s developed with your experience?

I’ve always noticed how crucial sleep is for me even from a young age as if I didn’t get to sleep when I wanted then I would really feel it the entire next day.

How big is nutrition in your regime? Would you recommend any particular food or drink in this regard?

Nutrition is now a massive part of my regime and something that I’ve improved on each year. The main food in my diet would probably be chicken, I eat chicken almost every day as it’s a good source of protein.

"I’ve always woken up with a tight back or a crook in my neck but since I’ve used Ergoflex I have stopped having those issues."

Could any of your teammates use some sleep education?

I think all of us could but I’ve always focused on the basics of staying away from caffeine in the evenings, getting 8+ hours at least each night and getting the room as dark as possible. The biggest mistake some lads make is how late they get to bed regardless of how early a start we have.

I usually get to sleep around 10 o clock as the consistency of the time you go to sleep is crucial. I personally aim for 9 hours a night but 8+ hours minimum.

Does this change when you’re away from home?

Not at all, obviously there are occasions where you cant go to sleep at the same time but as long as I still aim for 9 hours I’m fine.

What’s your one recommendation for a good night’s sleep?

Get the room as dark as possible, as soon as there is light coming in you will naturally start to wake up.

Like a lot of elite athletes, you sleep on an Ergoflex mattress. In your opinion, what makes Ergoflex a good choice for those with active lifestyles?

The biggest difference it makes is on your back and neck, I’ve always woken up with a tight back or a crook in my neck but since I’ve used Ergoflex I have stopped having those issues. I recently had my left ankle and right knee operated on and I was using a wheelchair for several weeks, during that time my lower back became so tight and painful that anything I used to lay on was uncomfortable. That’s when I bought an Ergoflex after the recommendation of a team mate and my back hasn’t struggled since.

What’s next for Jack Willis?

The next few months for me will be in the gym and the pool doing my rehab for my knee and ankle. Hopefully if all goes well ill be back fighting fit by the end of the season and work to get myself back in the team.